Your Arabic learning journey About to begin... 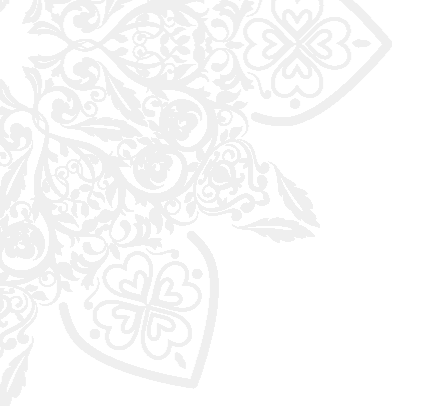 Texas Arabic Academy (TAA) is an academic institute based in Houston, Texas that offers Arabic classes for all ages & levels, from beginners to advanced, from learning the alphabet to Understanding classical and regional Arabic. Our students learn more than a language, they Enjoy the hospitality and the sweet  taste of the Arabic language and culture.

All classes are taught by native Arabic speakers who are experienced in teaching Arabic as a foreign language. This ensures that our students are able to not only read and write in Arabic, but also to understand the beauty of the language. Our Arabic courses are suitable for students of all ages, levels, races & religion. Everyone is welcomed to study at Texas Arabic Academy.

Great experience! I knew this course was special from the very first class....

We are in LOVE with Texas Arabic Academy!! They do such a wonderful job wit...

Special thanks to Sr. Aesha! My kids started reading and writing Arabic!

TAA Is a gem of an Arabic Center, Very professional & kind staff.

Your  Quranic Arabic Jounrey is about to start

1- More than (300) vocab and phrases on the most important topics of Arab conversations.

2- The rules of Arabic pronunciation.

3- The basics of Arabic grammar through the Holy Quran.

4- Everything related to numbers.

What is Quranic Arabic class:

Texas Arabic Academy, is excited to announce that our Quranic Arabic course will be back, this spring semester! we will be studying the foundational principle of the language of Quran Inshallah!

The program offers  Quranic Arabic classes every Saturday. The classes incorporate vocabularies, culture, pronunciation, and the beauty and eloquence of the Quran. In addition to teaching students general Islamic principles and ethics drawn from the Quran.

Why learn with me:

o   Most content that exists now caters to students overseas.

Days: Every Saturday of the week.

Requirements: The prerequisites to register for the class is to be able to read quran comfortably.

For more info: Email us at info@texasarabicacademy.org or Message us at WhatsApp: 832-873-6451

in the U.S. Arabic is the official language of over 22 countries and there are well over three hundred million native speakers of the language. It is also an official language of the United Nations, the Arab League, the Organization of Islamic Conference, and the African Union. As the language of the Quran, the holy book of Islam, it is also widely used throughout the Muslim world. It belongs to the Semitic group of languages.

The Quran is the ultimate guide for Muslim Nation. Unfortunately, must of non-Arab Muslims cannot understand even a single page of the Quran in Arabic.

The message of the Qur’an is addressed to all creation, conveyed in the Arabic language. Allah Almighty says:  (( إِنَّا أَنزَلْنَاهُ قُرْآنًا عَرَبِيًّا لَّعَلَّكُمْ تَعْقِلُونَ))يوسف ﴿٢﴾

“We have sent it down as an Arabic Qur’an so that you may understand.” (12:2) Acquiring command over the Arabic language can be relatively easy for those who are native speakers but can prove difficult for the non-speakers. The study of Arabic, therefore, cannot be taken lightly.

Allah rewards us when we struggle with reading and reciting the Qur’an in Arabic.  For each letter you struggle with there is reward for you.  So the incentive to read and recite in Arabic is higher and far more rewarding than simply settling for the translation.  Of course it is important for the non-Arabic speaker to actually understand the Qur’an in their native language too so they can utilize the lessons of the Qur’an and apply it to their daily life but, that doesn’t mean you should just stop there and say “eh, that’s good enough!”

All Arabic courses and classes are taught using a combination of traditional and modern teaching methods, utilizing the very latest technology of sound and graphic in an affordable and convenient way.

Dr. Muthanna Alkhaldi brings with him more than 20 years of Arabic Language expertise and teaches over seven thousand students from different nationalities and ethnicities.

Earning his Ph.D. in Arabic Language from the University of Baghdad, he also has a Masters in Classical Arabic Syntax and a Bachelor’s degree in Arabic Language Studies. Currently, Dr. Muthanna is the CEO and founder of Texas Arabic Academy and shares his passion for Arabic with students in diverse settings and institutions, and he developed a comprehensive curriculum to teach Classical Arabic

Dr. Muthanna was a resident scholar at the Bayyinah Institute and has also taught at Houston Community College, Rice University, Guidance College, Al-Huda University, among others instructing beginners to advanced levels.

He established the adult Arabic Department at Texas Arabic Academy, where he currently teaches the Arabic Language for all levels, Quranic Arabic, Arabic for Instructors, and much more! Since his classes were so popular in demand by residents out of Texas, Dr. Muthanna and his team decided to start an online course for all ages worldwide, offering the same classes as the on-campus classes at the Academy.

Cost:$120 For the Full Summer semester

The level will be Confirmed with Ustatha Aesha  after registration

Curriculm Books for each level:

Must pass learning to read & write or take a test